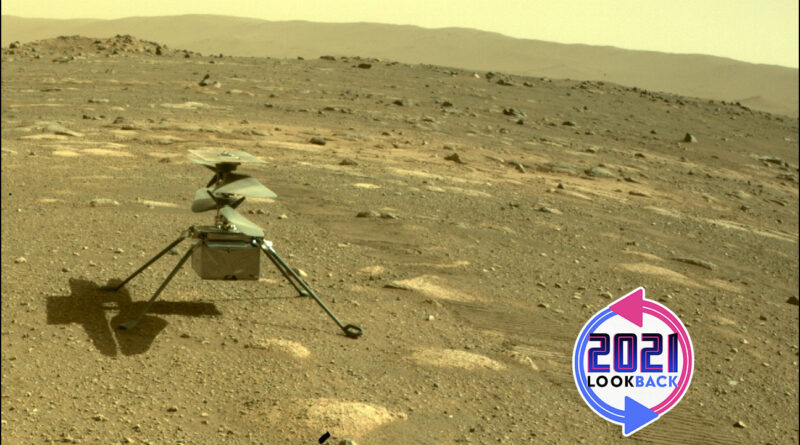 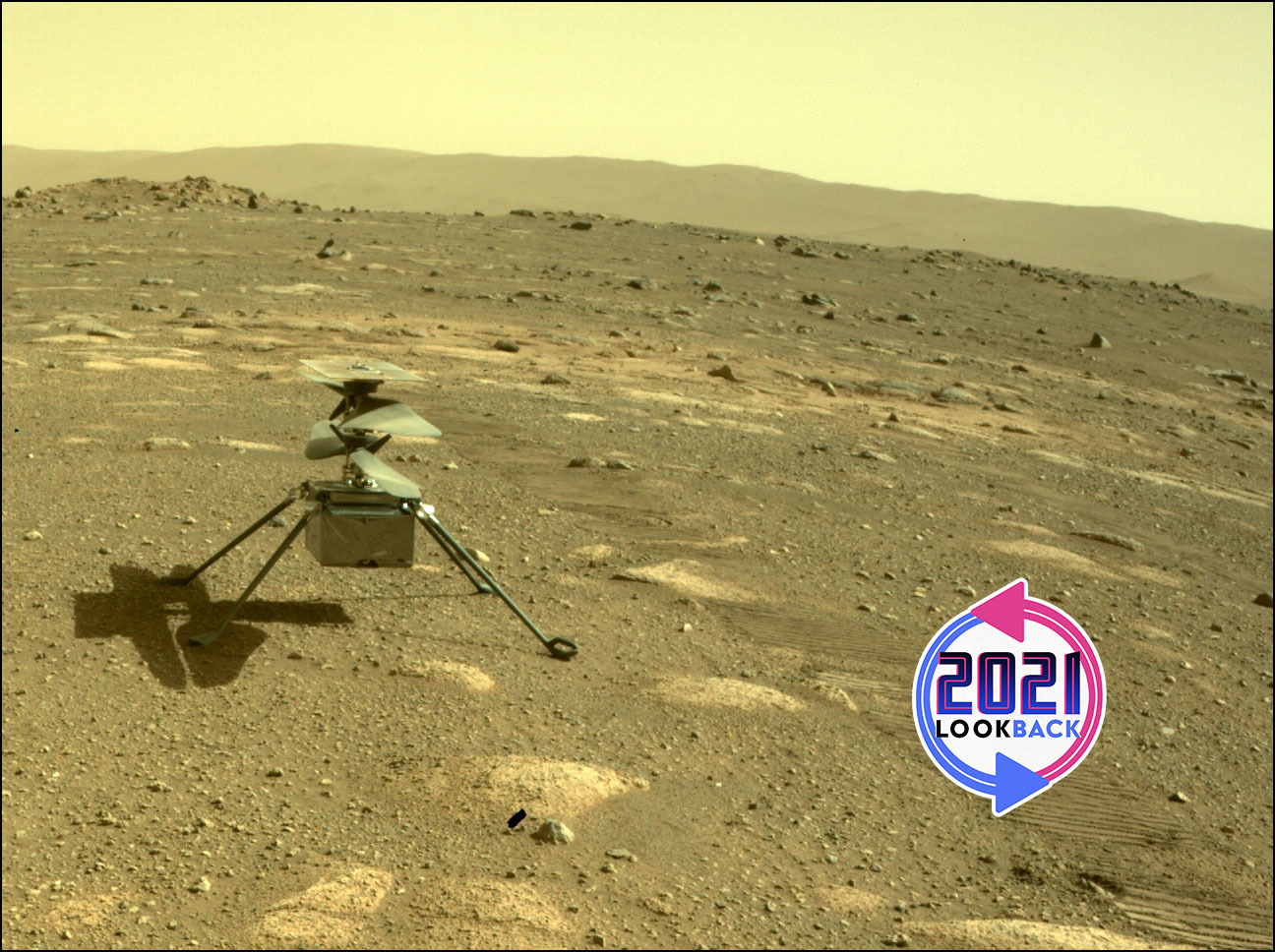 There’s nothing like a pandemic to give people time to contemplate the universe’s greatest mysteries.

Over the course of the year, uber-rich tourists, including a Star Trek legend, ventured into space. Government and privately owned space travel companies reached new milestones, and scientists continued to make discoveries.

Here are eight of the top space moments of 2021: The good, the bad, and the funny.

1. Mars had a ‘Wright brothers moment’

After a Mars-bound spacecraft reached its destination 300 million miles from Earth earlier this year, NASA succeeded in its first flight of a robotic aircraft on another planet.

Ingenuity, a small 4-pound helicopter that hitched a ride with the spacecraft, lifted 10 feet above Mars for just over 39 seconds in the thin atmosphere of the Red Planet. MiMi Aung, Ingenuity’s project manager, called the April 19 achievement “our Wright brothers moment.”

Since then, Ingenuity has had more airtime, with over a dozen flights. In the future, flying robotic scouts may become regular sidekicks for rovers and astronauts.

“We don’t know exactly where Ingenuity will lead us,” acting NASA Administrator Steve Jurczyk said in a press statement. “But today’s results indicate the sky — at least on Mars — may not be the limit.”

Two months before the drone hovered over Mars for the first time, its ride, carrying the Perseverance rover, safely touched down. The journey took seven months at more than 12,000 mph. Perseverance is one of three Mars missions going on right now: The United Arab Emirates and China also arrived in February.

Perseverance, NASA’s ninth Mars rover, could be the key to answering some of the universe’s greatest questions. The mission is to search for evidence of former life on the desertlike planet, a reason why it landed on a narrow strip in an ancient river delta.

Over the next couple of years, the car-size rover will use a seven-foot arm to unearth (Or should we say “unmars?”) rock and soil samples that could contain signs of old microscopic life. 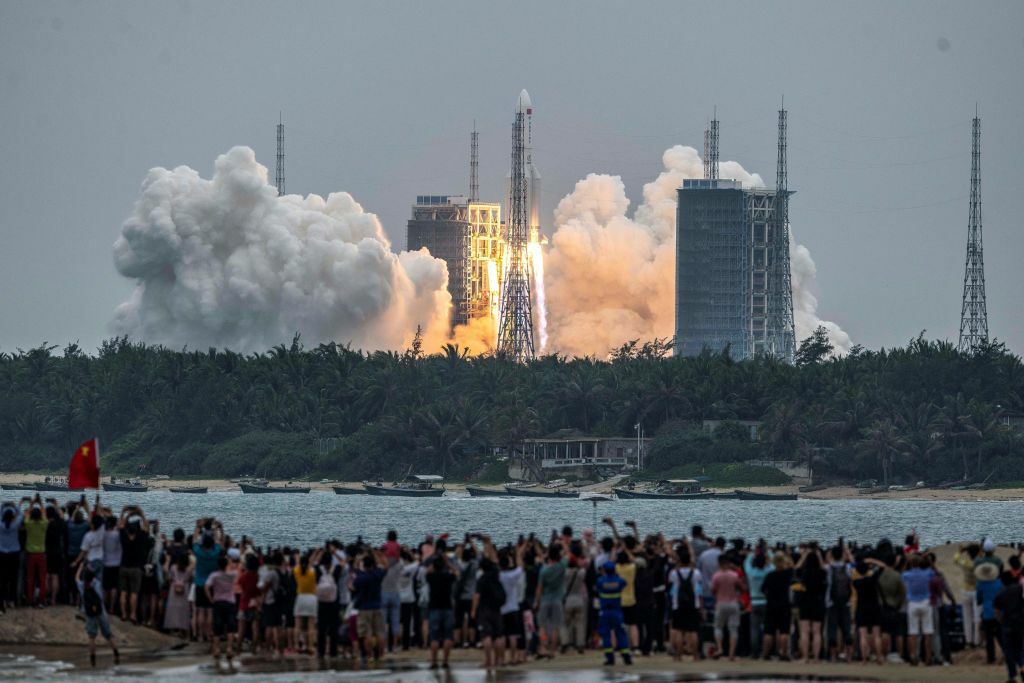 People watch a Chinese Long March 5B rocket as it lifts off April 29, 2021. Credit: Photo by STR / AFP) / China OUT (Photo by STR/AFP via Getty Images

2. That time the sky was falling…

Remember that time a 10-story hunk of rocket plummeted to Earth, and we didn’t know for sure where it would crash?

On May 8, a piece of China’s biggest rocket, Long March 5B, reentered the atmosphere above the Maldives in the Indian Ocean, with most of it burning up in the process. People in the Middle East reported they saw debris, but no one was hurt.

For a brief moment, though, it gave some folks a case of Chicken Little: Despite scientists’ best estimates, no one knew exactly where in the world it was going to strike. Forecasts indicated a chance the enormous rocket could rain debris on major cities.

The rocket tumbled out of control in orbit after it launched a part for the Chinese program’s new space station. The flight was one of many of the country’s planned uncontrolled reentries for rockets hauling materials to build Tiangong, the “heavenly palace.”

Astrophysicists tracking the rocket core said it was statistically unlikely that the barreling fragment would hit land, endangering people. After all, most of the junk that plunges back to Earth burns up or splashes down. The odds of space stuff hitting the ocean are good, given that two-thirds of the planet is covered in water.

Still, many experts admonished the space agency for, yet again, taking an unexplained risk. 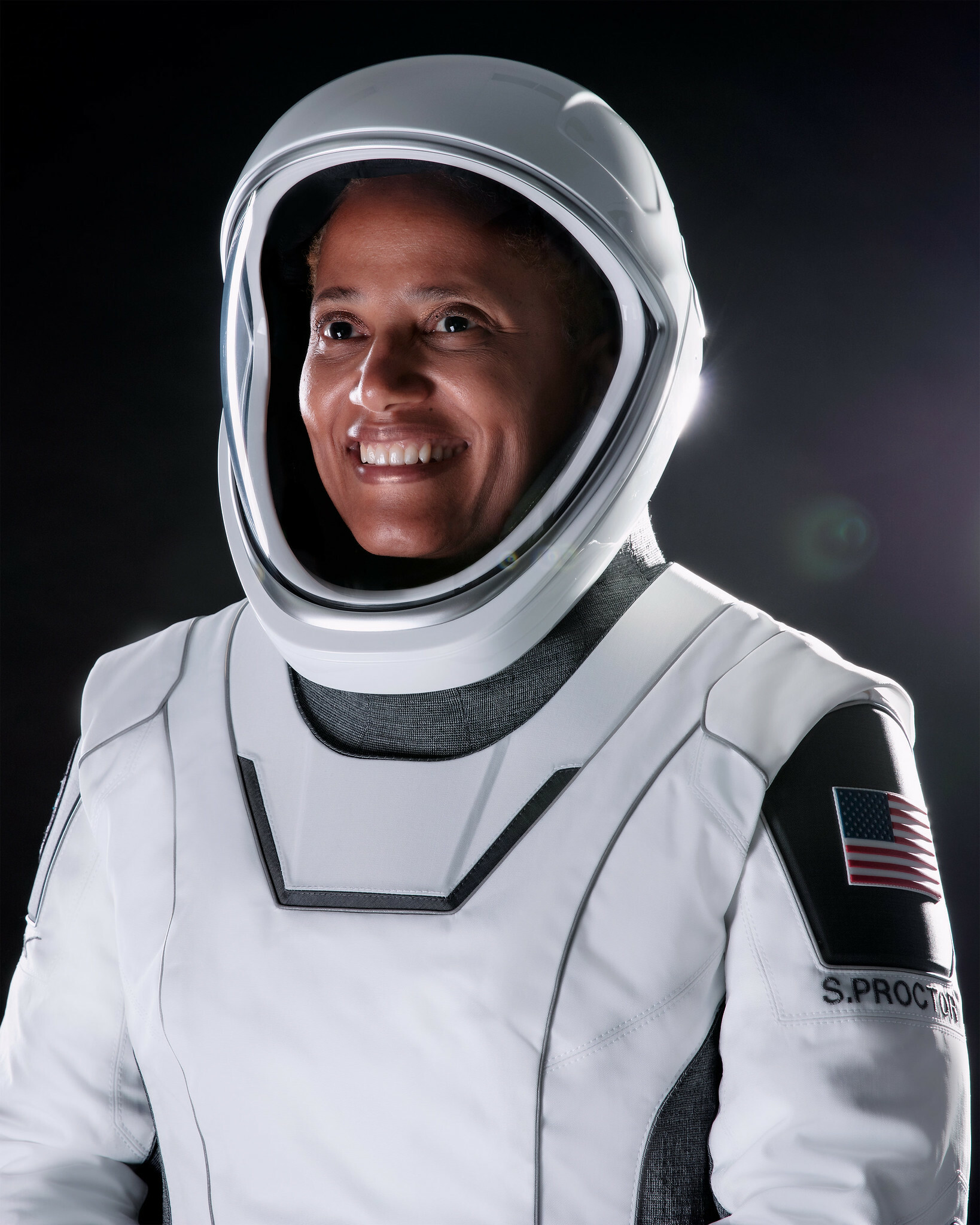 SpaceX pioneered the first amateur crew to circle the world without a professional astronaut in September, a feat that signaled the arrival of the commercial space tourism industry.

The trip, known as the Inspiration4 mission, coincided with another trailblazing moment: the first Black woman to serve as a spacecraft pilot.

Sian Proctor, a 51-year-old geoscientist from Tempe, Ariz., led the all-civilian ride to orbit. The spacecraft reached an altitude of 363 miles, passing the International Space Station by about 100 miles.

Proctor was a finalist to become a NASA astronaut in 2009 but didn’t make the cut. About four years later, she lived in a small building in Hawaii for several months as part of an isolation study for journeys to Mars.

On the Inspiration4 flight, the crew dined on cold pizza, took a call from Tom Cruise and dealt with a malfunctioning toilet fan, aside from taking in some spectacular views.

Proctor, who is an artist, also painted with watercolors during the three-day mission.

“I wedged myself down under seat 4 in the SpaceX Dragon Capsule so that I could secure myself and my paints from floating away during the few hours it took to draw and paint,” she said on Instagram. 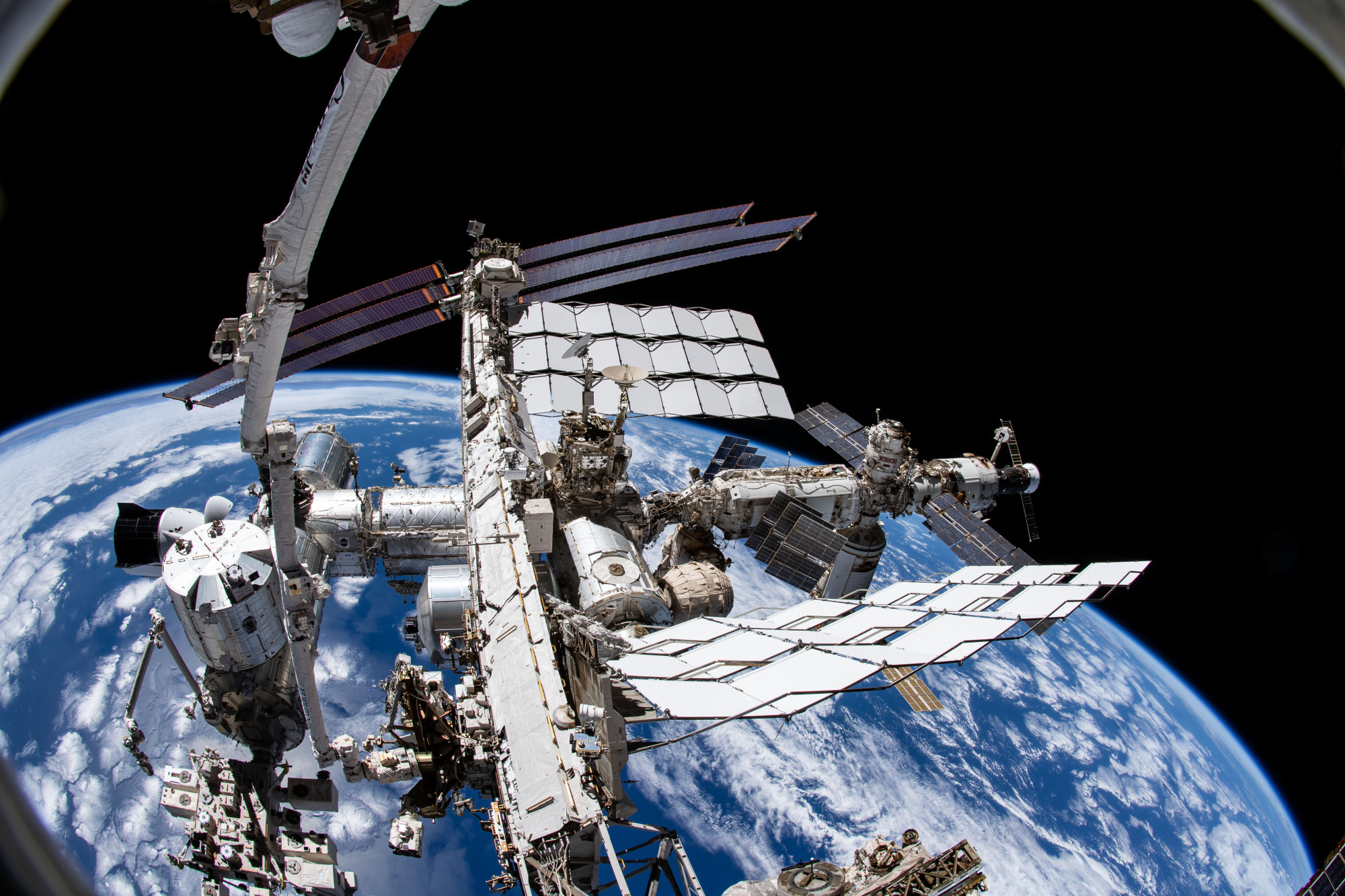 4. Russia blew up a satellite

Seven astronauts got an early morning warning from a ground controller to suit up and evacuate to their ships as debris threatened to collide with the station. The U.S. space agency said the Nov. 15 incident caused at least 1,500 pieces of wreckage to scatter, along with countless other bits too small to track.

The swirl of refuse didn’t hurt anyone this time but will continue to pose dangers to astronauts over the coming years, U.S. officials said.

Russia and its space agency have denied the anti-satellite test put the space station or crewmembers in danger.

Small fragments from the explosion could puncture space suits. Such a concern led NASA to delay a spacewalk for two astronauts who needed to switch out a defunct antenna outside the station. Three days later, they carried out the task.

But the event has renewed discussions on the growing space junk problem and overarching defense issues. During Vice President Kamala Harris’ first National Space Council meeting this month, she condemned Russia for blasting debris across space.

“As activity in space grows, we must reaffirm, yes, the rights of all nations, and we must demand responsibility from all spacefaring nations,” she said. “We must establish and expand rules and norms on safety and security, on transparency and cooperation, to include military, commercial and civil space activity.” 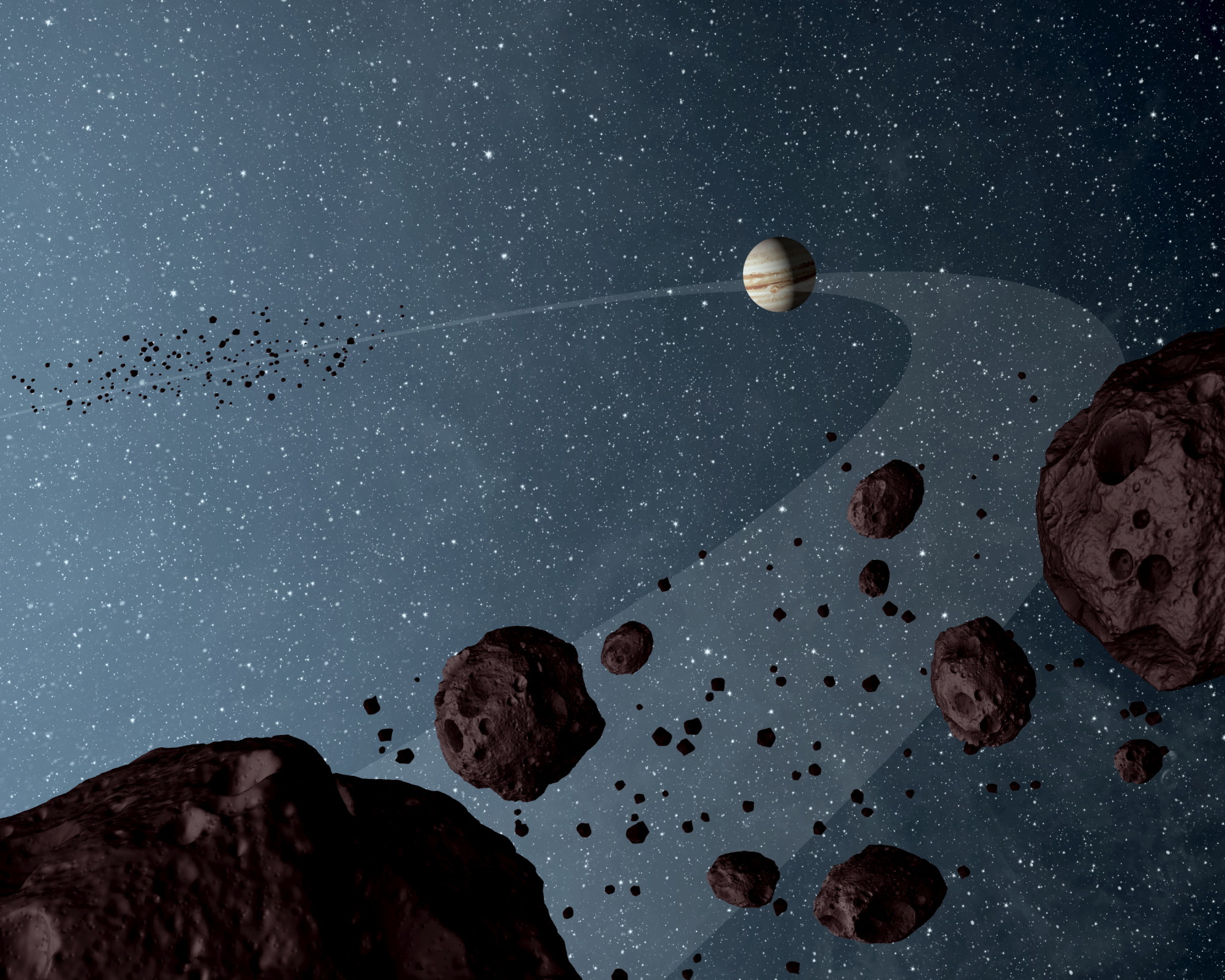 The Lucy mission will study the Jovian Trojans, burgundy-tinted asteroids that lap the sun in the same orbit as Jupiter. Credit: NASA/JPL-Caltech

5. Lucy in the sky with asteroids

NASA launched Lucy on a grand 12-year asteroid tour this fall with plans to fly by several space rocks that share Jupiter’s orbit.

Lucy — a mission named after a fossilized early human, who was named after The Beatles’ song — will study the origins of the solar system. The asteroids are thought to be leftover pieces from planet formations.

The spacecraft will explore one asteroid in the solar system’s main belt and seven Trojan asteroids. The latter are thought to be remnants of the early solar system trapped in stable orbits. They’re clustered in two “swarms” before and after Jupiter along its course around the sun.

U.S. space officials said studying the Trojan asteroids could lead to discoveries about the solar system’s evolution, in the same way Lucy, the fossil from Ethiopia, advanced our knowledge of human history.

“Lucy embodies NASA’s enduring quest to push out into the cosmos for the sake of exploration and science, to better understand the universe and our place within it,” NASA Administrator Bill Nelson said in a statement.

The spacecraft launched with an Atlas V rocket Oct. 16 and will travel 4 billion miles in a sort of loop-the-loop, circling back to Earth three times for gravity boosts. That means it will be the first vehicle to return to Earth’s vicinity from the outer solar system. 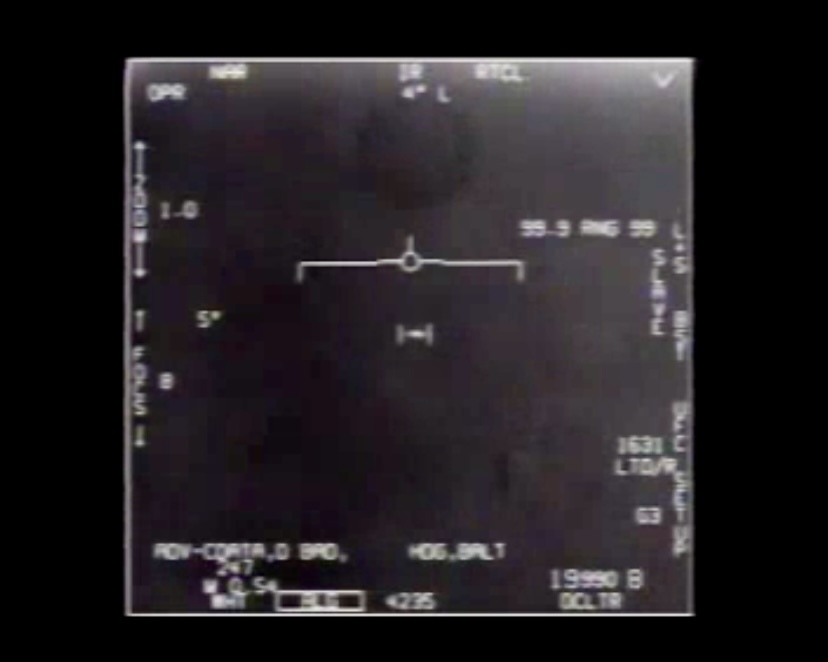 A frenzy surrounded a forthcoming federal government report on unidentified flying objects spanning two decades, with many believers hoping it would delve into extraterrestrials.

But when the unclassified report dropped in June, the big reveal was lackluster. The document was only nine pages — and contained not one mention of aliens.

U.S. intelligence officials said they couldn’t explain 143 sightings of unidentified aerial phenomena (UAP) seen by Navy pilots since 2004. The document, released by the Office of the Director of National Intelligence, said 21 of those cases demonstrated technology the country couldn’t recognize, including things moving without observable propulsion or with rapid acceleration.

The lack of explanation has, of course, stoked conspiracy theories about visitors from outer space.

Just before Thanksgiving, the Pentagon announced that it had formed the Airborne Object Identification and Management Synchronization Group to get to the bottom of UAP sightings in sensitive airspace.

A rendering shows where an exoplanet candidate could be located in the Whirlpool Galaxy. Credit: X-ray: NASA/CXC/SAO/R. DiStefano, et al.; Optical: NASA/ESA/STScI/Grendler

Scientists think they found their first planet passing a star outside this galaxy.

Researchers discovered the exoplanet candidate in the spiral Whirlpool Galaxy with NASA’s Chandra X-ray Observatory, using a technique involving the study of X-ray wavelengths, according to a paper published in Nature Astronomy in October. Exoplanets are planets outside of this solar system.

This exoplanet would be about 28 million light-years away, thousands of times farther than those in the Milky Way. Astronomers believe the planet is roughly the size of Saturn, with an orbit around a neutron star or black hole at about double the distance of Saturn’s around the sun.

Scientists made the discovery by looking for dips in the brightness of X-rays from X-ray bright binaries, usually containing a neutron star or black hole pulling in gas from a closely orbiting companion star. The dips might indicate a planet has passed in front of a star. The new X-ray strategy could allow exoplanets to be detected at much greater distances than current optical light studies, the researchers say.

Prior to the new candidate, all known exoplanets were detected in the Milky Way, within a range of 3,000 light-years from Earth.

More data is needed to support the Whirlpool Galaxy finding, which will be challenging: If the planet exists, it wouldn’t cross a star for another 70 years.

“Unfortunately to confirm that we’re seeing a planet we would likely have to wait decades to see another transit,” said co-author Nia Imara of the University of California at Santa in a news release. “And because of the uncertainties about how long it takes to orbit, we wouldn’t know exactly when to look.” 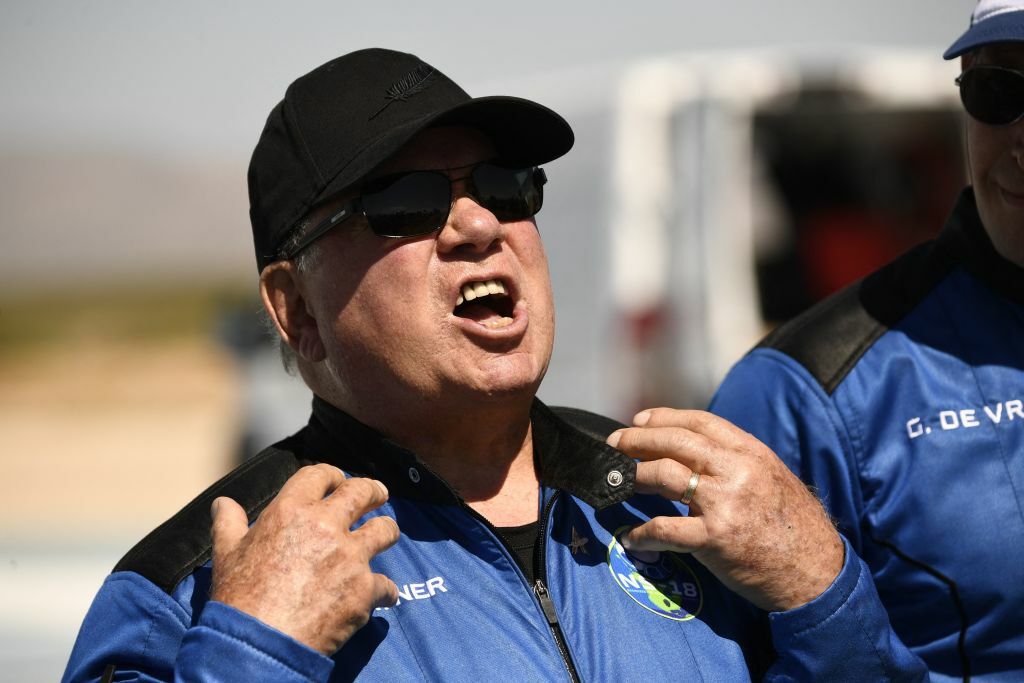 8. Capt. Kirk got his starship

An awestruck William Shatner fumbled for words to describe the experience of being slingshot to suborbit.

Jeff Bezos may have lost the billionaire space race to Virgin Galactic’s Richard Branson this summer, but his fledgling space tourism company Blue Origin won the hearts of Americans when it took the former Star Trek actor up to kiss the Karman line, where Earth’s atmosphere and outer space meet.

Shatner boldly went where no nonagenarian has gone before. At 90, he was the oldest person to go to space. Well, 66 miles up, anyway.

Blue Origin’s New Shepard spacecraft had its first suborbital crewed flight of four regular folks (if you consider Bezos regular) on July 20. But it was perhaps the company’s second flight carrying Shatner on Oct. 13 that received more buzz.

Shatner, overwhelmed by the so-called “overview effect,” grasped for something profound to say about his 10-minute hayride. In a halting cadence that became a signature of his character Capt. James T. Kirk, he scatted a string of thoughts that sounded a lot like some of his poetry.

“There is Mother Earth and comfort,” he said to Bezos, then gestured overhead, describing the blackness of space. “And there is — is there death? I don’t know. Is that the way death is? Whip! And it’s gone.”

What does it mean? Who knows, but we’re here for Shatner’s journey.

“I hope I never recover from this,” he said.

World Bank expects global economy to expand by 4% in 2021