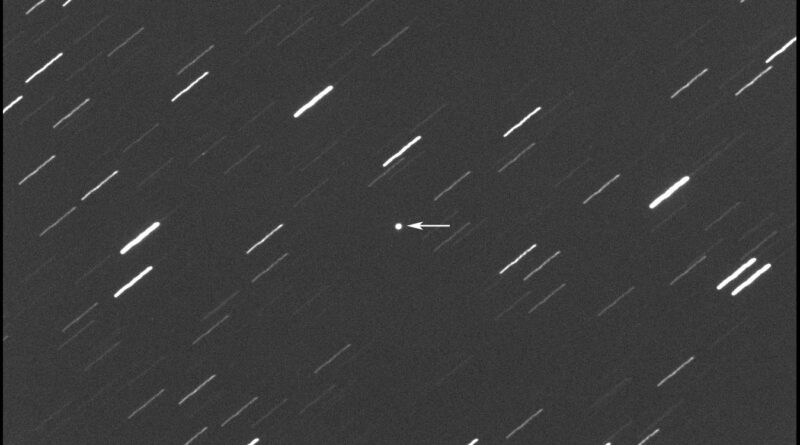 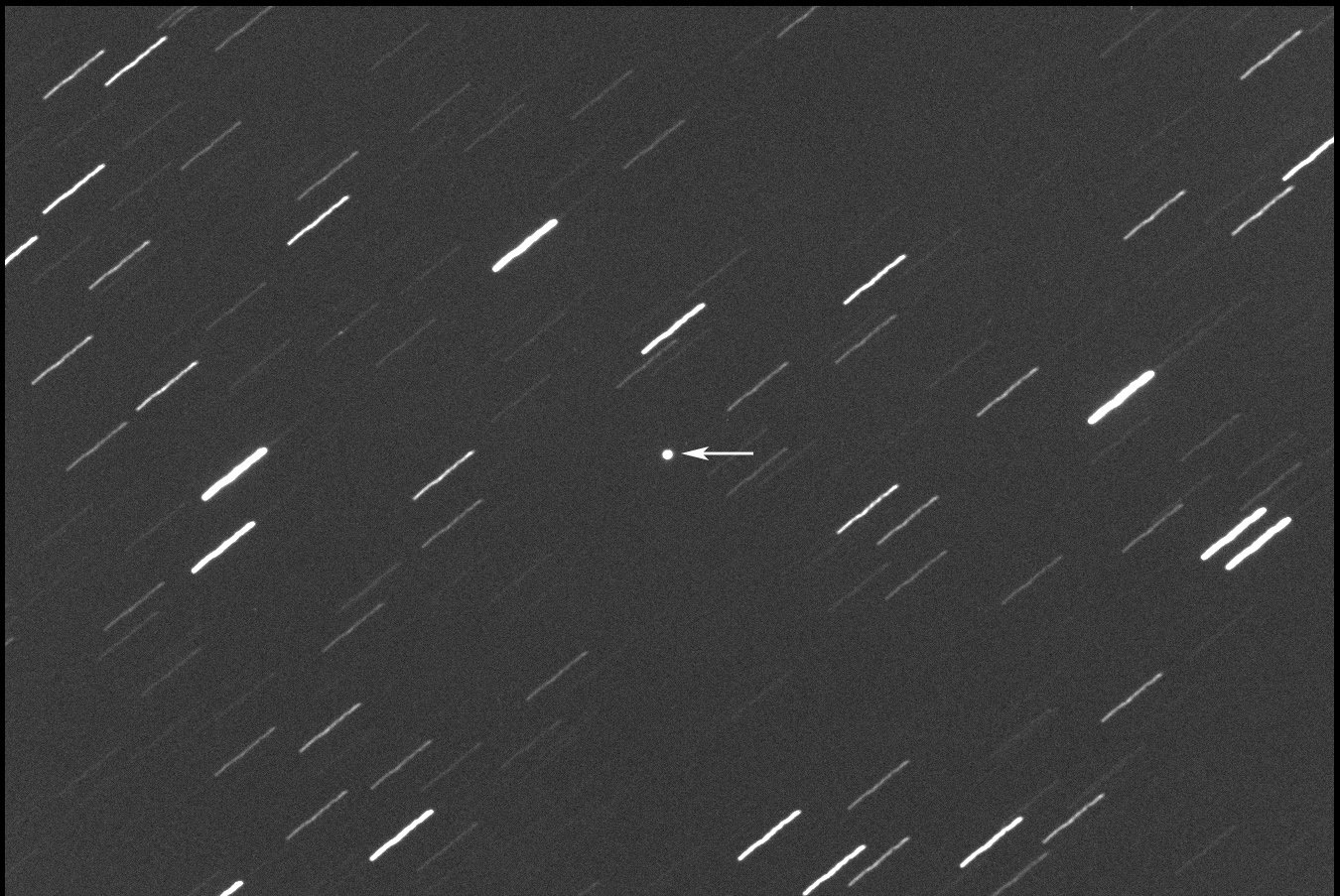 It’s extremely unlikely that a colossal space rock will slam into Earth in the coming centuries, and beyond.

NASA, however, is vigilantly watching the skies for any near-Earth objects that might threaten our planet, whether on a small, regional, or planetary scale. Asteroids, often small, regularly whizz by Earth — which in space terms still means a few million miles away. On May 27, the space agency lists a “close approach” for a 1.1-mile-wide asteroid labeled “7335 (1989 JA).” It will pass us at a distance of about 2.5 million miles.

It’s not a threat to Earth. If it were, NASA would issue an official warning to the White House and other government agencies — which is something the space agency has never needed to do.

Yet through telescopes, the sizable asteroid is already quite visible in the night sky. The Virtual Telescope Project — an educational and research astronomy endeavor that often shares images of passing objects — just captured an image of (7335) 1989 JA as it traveled closer to Earth. “The potentially hazardous asteroid (7335) 1989 JA is almost at its safe, minimum distance from us, being now very bright,” Italian astronomer Gianluca Masi, who heads the project, wrote online. (Near-Earth objects are those that pass about 30 million miles from Earth’s orbit; a “potentially hazardous object” gets within five million miles.)

Like most objects big or bright enough to be visible from millions of miles away, (7335) 1989 JA appears as a bright dot against the background of stars. In the image below from May 23, the rock is some 3.6 million miles away. 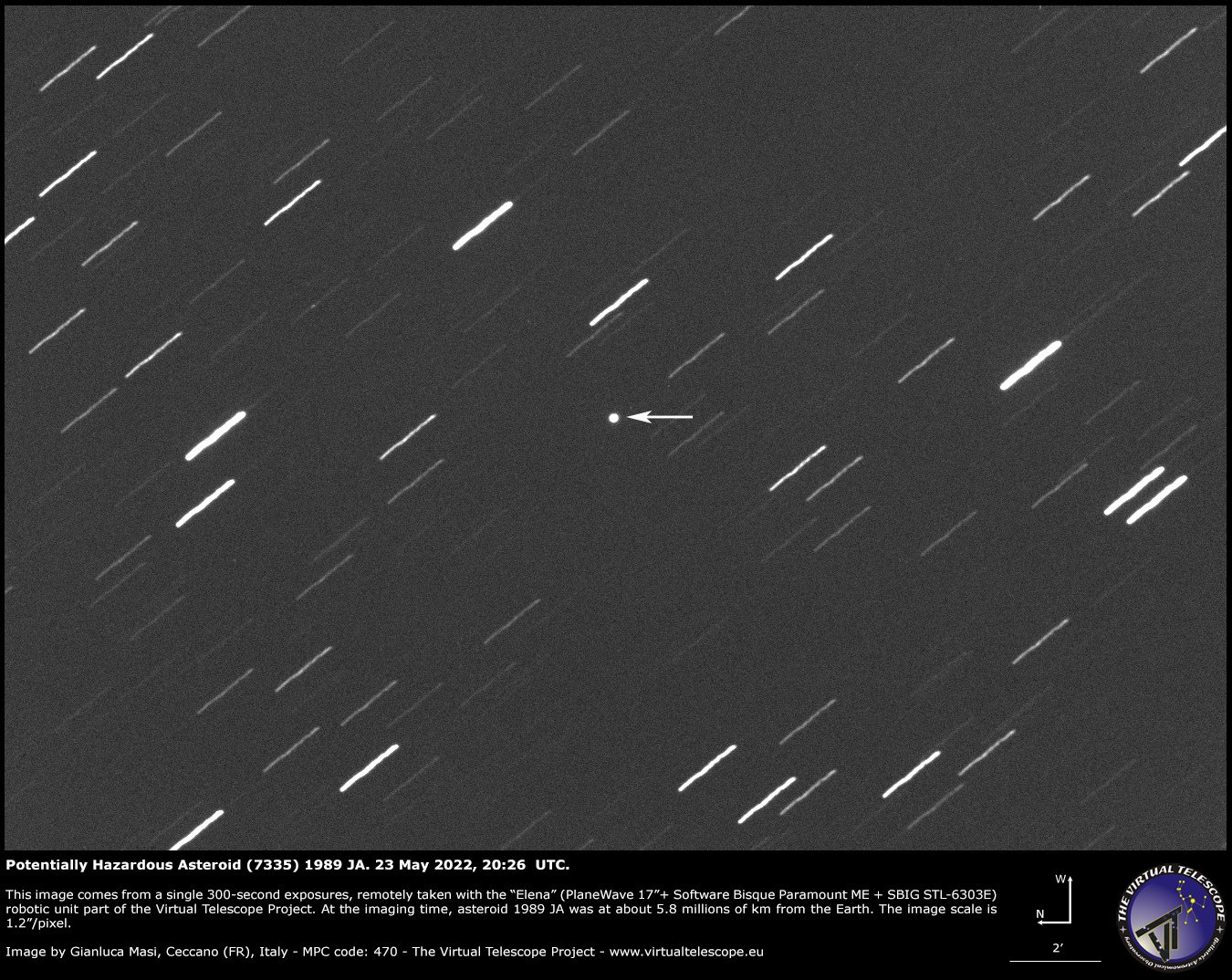 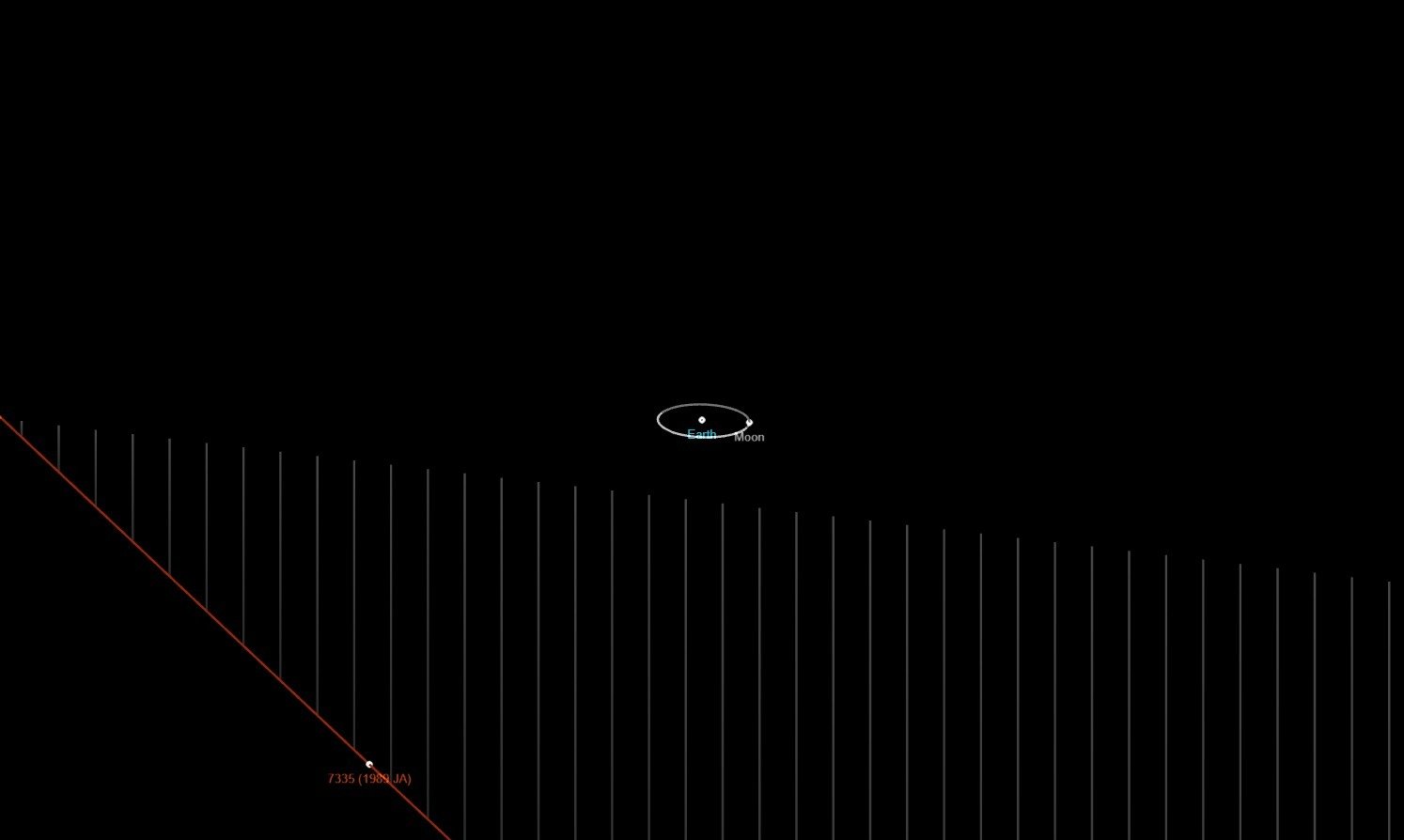 A graphic of asteroid (7335) 1989 JA (on the red line trajectory) passing Earth and the moon. Credit: NASA / Center for Near Earth Object Studies

Read more about space rocks and asteroids at Mashable:

Weather permitting, The Virtual Telescope Project will also livestream the passing asteroid on May 26 and 27.

NASA is currently on the hunt for asteroids that are considerably smaller than a mile-wide behemoth, but can still pose a major threat to populated areas. Congress has directed NASA to find 90 percent of the near-Earth objects 460 feet (140 meters) wide or larger, though even a rock some 100 to 170 feet across can devastate a place like Kansas City. That’s why NASA-funded telescopes are continuously looking for potentially-threatening rocks of all sizes.

If astronomers find them, then we can prepare and move out of the way if an impact becomes imminent. “You need to know what’s coming, when it’s coming, and how hard it’s going to hit,” Eric Christensen, the director of the NEO-seeking Catalina Sky Survey in Arizona, recently told Mashable.

And if humanity has years of notice, one day we just might be able to nudge a future asteroid away from our planet.

Young Champions of the Earth: Indian’s burning desire for energy 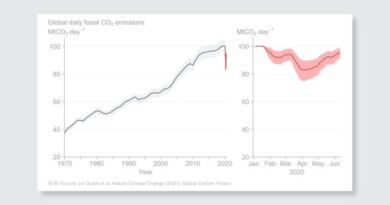 Earth may temporarily pass the dangerous 1.5°C warming limit by 2024

Adam Sandler and Olive Garden are huge with Gen Z, proving everything is cyclical