From Get Out to Us, Jordan Peele has taken on directing his share of horror films about racism. Up next? A biopic about Prince that turns into a horror film about racism.

That is, if you’re watching Saturday Night Live. During a sketch on the latest SNL, Kenan Thompson, Rami Malek, and surprise guest Daniel Craig each audition to earn the starring role in Peele’s (Chris Redd) pretend film.

At first, the competition is only between Thompson and Malek — playing themselves — as they’re asked to have a “Prince-off.” Redd has them each act out things like Prince stepping on a Lego brick or getting hit with a football. Thompson earns the role because Malek is not Black, but when Craig enters the room it flips. Craig is dressed as a prince, not the Prince, and he still takes the role from Thompson. This is because, after all, Craig is (was) James Bond.

This isn’t Craig’s first time on SNL — he hosted the show in 2020, and his appearance turned into a legendary meme. His latest, and final, film as James Bond, No Time to Die, is in theaters now. 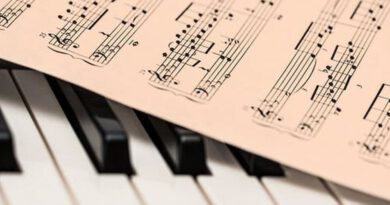 Learn to play an instrument with a lifetime subscription to ChordIQ