For Ingrid Andress, becoming the designated face of country music in this year’s Grammy nominations just seven months after her debut album came out is “mind-blowing.” Among country artists, she’s tied with Miranda Lambert for the most overall nominations, with three. But one of Andress’ nods was for best new artist  — and she’s not […]

Abolish the Electoral College? We could also just work around it 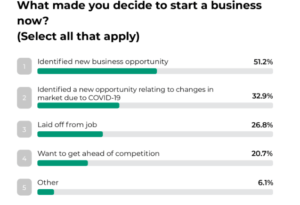 Is it smart to start a business in 2020? COVID-19 is inspiring people to do just that

© 2020 - We feel supported by SupportingYou.eu in cooperation with the SitzeMuze Content Management System.