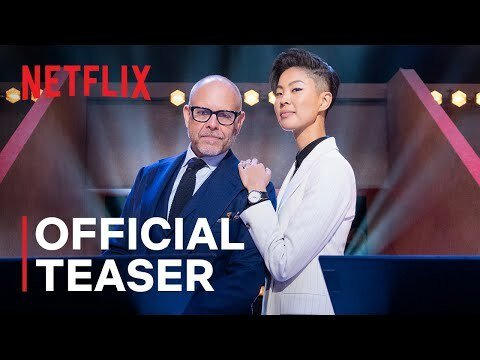 Sharpen your knives, fire up your ovens, and prepare for culinary combat… Iron Chef is back.

Netflix’s upcoming Iron Chef: Quest for an Iron Legend resurrects the iconic cooking show. And from the looks of the teaser trailer, they’re cranking up the heat. Chefs will go head-to-head in a culinary battle royale for the chance to become the Iron Legend. Host Alton Brown is back, alongside co-host Kristen Kish, and Iron Chef America‘s Mark Dacascos reprises his role as The Chairman.

Iron Chef: Quest for an Iron Legend is streaming June 15.