Navigating Black Friday can be a pain, so we’ve tried to make your life a little bit easier by organising the deals you need into convenient category pages:

A two-year subscription to NordVPN is on sale for £2.74 per month for Black Friday, saving you 68% on list price. NordVPN is one of the best VPNs for security and streaming, and can unlock leading sites like Netflix, Prime Video, Disney+, and more.

Portal — Up to £90 off Portal devices including the all-new Portal+ and Portal Go until Nov. 30 (free two-day delivery and returns)

Lovehoney — Save up to 60% on sex toys and lingerie

What can you expect from Black Friday 2021?

Under circumstances absolutely no one had on their bingo card, petrol has become as elusive as PS5s. We continuie to experience pandemic-related material shortages and delivery delays across industries of all kinds. Unsurprisingly, this ordeal has left manufacturers and retailers scrambling; Ikea have actually gone so far as to charter private cargo ships to make sure their shelves are stocked for the busiest shopping season.

As such, finding the best deals this Black Friday will likely be a question of availability more so than price.

“I half-jokingly tell people ‘Order your Christmas presents now because otherwise on Christmas day, there may just be a picture of something that’s not coming until February or March,'” UPS International President Scott Price told Agence France-Presse in mid-September. And you thought finding toilet paper last spring was bad.

Since planning ahead will be your best defense against backorders and “out of stock” notices, we’re rolling out Black Friday coverage way earlier than usual this year. (The early bird gets the Nintendo Switch, so to speak.) We’ll be updating this post with the best deals as sales start to pop up — in the meantime, here are all the must-know details you’ll need ahead of time.

What is Black Friday?

Black Friday began in the U.S., but seems to be taking on greater significance every year in the UK.

Since the 1950s, shops in the U.S. have offered impressive deals on the day after Thanksgiving to kick-start the Christmas shopping season. In 2013, Asda had a Black Friday sale on this side of the pond, and offered deals on a wide range of goods. Other retailers jumped on the Black Friday bandwagon the following year, and the rest is history.

We collectively spent £435 million in 2013, when the concept was still in its infancy in the UK. Nowadays we spend billions — the highest total in Europe. Black Friday is clearly a very different beast compared to just a few years ago, and this trend is set to continue in 2021.

While Black Friday proper falls on Nov. 26 this year, retailers will start trickling out their deals much sooner — we’re thinking as early as October.

Scoring a great deal on Black Friday once meant camping out at a retailer in the middle of the night right as the store opened. But once online shopping became mainstream, online retailers wanted a piece of the Black Friday pie. Cyber Monday was born thanks to people of the early 2000s wanting the best possible internet connection to do their shopping. At the time, office computers had better broadband than home setups, causing people to wait until work on Monday to do all their online shopping. In 2005, the NRF debuted the term Cyber Monday and we’ve been online shopping after ever since.

Big-name retailers will also have good online sales on Black Friday, many of which are live weeks in advance. Argos and Currys will offer good prices on Black Friday, while Amazon is better on Cyber Monday if you’re a Prime member. (Though Amazon does run Black Friday savings for the whole week leading up to the event.)

What should you be buying on Black Friday and Cyber Monday?

There are going to be a lot of deals around Black Friday, and finding the best offers can easily become stressful. There are certain types of products that you should prioritise at this time though, because these see the biggest discounts and the best offers.

We know that everyone will have a different wishlist at this time of year, but these are the products to look out for this Black Friday and Cyber Monday:

You should also look out for deals on travel, subscription services, and laptops, because these are likely to feature heavily throughout this shopping season.

What are the top retailers for Black Friday deals?

Amazon: Check out the best deals on Amazon

Argos: Check out the best deals on Argos

Currys PC World: Check out the best deals on Currys

John Lewis: Check out the best deals on John Lewis

Very: Check out the best deals on Very 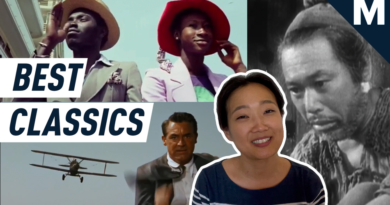 The absolute best old movies to watch on HBO Max 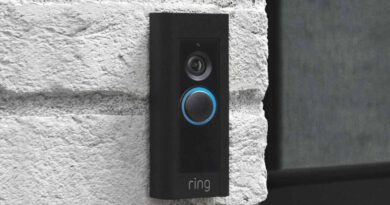