As of Oct. 4, here are our top picks for the best Prime Early Access Sale Amazon device deals:

If there’s one thing we can count on during every Amazon event, it’s stellar deals on Amazon-branded devices — and that includes the first-ever Prime Early Access Sale (which happens Oct. 11 and 12).

Regardless of the official title, it’s essentially a second Prime Day, which marks the first time Amazon has hosted two Prime Day-esque events in the same year (the first fell on July 12 and 13 in 2022). During the first Prime Day, we saw record-low prices on Amazon devices, including Kindles, Echo speakers and hubs, Fire tablets, Blink cameras, and more. While the second Prime Day hasn’t officially kicked off yet, we’re already seeing those record-low prices resurface (with some reaching new all-time lows).

Note: We’re updating this page constantly, so check back often. All newly added deals are marked with a ✨, while deals with a strikeout were either sold out or no longer available at their sale price when we last looked. Anything marked with a 🔥 has dropped to an all-time low price. The Blink Outdoor security camera can help you keep an eye on things around your home. It’s wireless, weather-resistant, and can be set up in minutes. With HD footage, infrared night vision, motion-detection, and two-way audio features on the Blink app, you can see, hear, and speak to visitors (or intruders) in real time. At $ 59.99, it’s on sale for its an all-time low price, which is reached just once before last Black Friday.

The only thing better than an all-time low price is free, and this deal on the Amazon Echo Show 8 (2nd Gen) has both. At just $ 69.99, it’s the lowest price we’ve seen on the smart central hub for your home. Plus, it comes with a free two-pack of GE CYNC Smart LED Color Bulbs. This deal also beats its price on the first Prime Day. Another all-time low price, the Amazon eero Pro 6E is down 40% to just $ 179. The Pro 6E is the most advanced WiFi router the brand makes, with network speeds up to 2.3 Gbps and direct access to the new 6 GHz band when using WiFi 6E devices. If your WiFi connection is lacking, replace your router with this little guy to work and play more efficiently. On sale for only $ 74.99, the 2021 Fire HD 10 tablet (32 GB) has only reached a price this low once before (that would be Black Friday 2021), so now’s a great chance to grab it. It’s an excellent tablet for casual users looking to read, stream, or do basic browsing on the go — and reviewer SaVanna Shoemaker recommends it over the Echo Show 5 and Echo Show 8. The Fire TV Stick 4K lets users watch their favorite content in vibrant 4K Ultra HD with support for Dolby Vision, HDR, and HDR10+. You can also stream hundreds of thousands of films and TV episodes from top streaming services like Netflix, Hulu, Amazon Prime Video, and more, plus listen to millions of songs. If you’re in the market for one, now’s the time to buy: On sale for $ 24.99, it’s the lowest price to date. A more traditional fitness tracker than its older sibling the Amazon Halo, the Halo View has a touch color display that allows for easy access to health data and notifications. Similar to a Fitbit, you can track your steps, receive movement reminders, get your texts on your wrist, and more. It’s usually $ 80, but you can save 44% during the Prime Early Access Sale and get it for only $ 44.99. It may have a few flaws, but Mashable tech reporter Alex Perry is a big fan of the Kindle Paperwhite. He dubbed it a “nearly perfect” device for those who’d love to read more — particularly those who like to read one-handed. It’s usually a bit pricey at $ 150 for the 16 GB version, but this deal gets you the device plus three free months of Kindle Unlimited for only $ 104.99. At just $ 39.99, this Prime Day 2 deal on the Luna controller slashes the usual cost to an all-time low. The Luna controller upgrades your Luna gaming experience, as it’s specifically designed for Amazon’s cloud gaming service. All you need is the controller, the Luna app, and a screen (computer, TV, phone, etc) and you can connect to Amazon’s servers to start browsing the expansive library of titles. 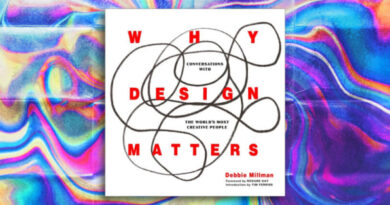 12 design and architecture books to get excited about in 2022 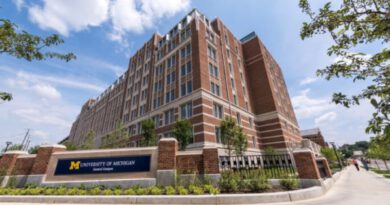