Government officials typically do not intervene in the product development pipelines of tech companies. That changed this week, when attorneys general from 41 states (and Guam! and the Northern Mariana Islands! and Washington D.C.!) asked Facebook to halt the upcoming release of its Instagram for kids app, known internally as Instagram Youth.

In a letter, most of the nations’ top legal officers said that “research increasingly demonstrates that social media can be harmful to the physical, emotional and mental well-being of children.” They refuted Congressional testimony from Facebook CEO Mark Zuckerberg  in which he said that social media is not harmful to children.

Why, exactly, are state attorneys general wading into this? Isn’t this more the terrain of, say, the American Pediatric Association? Lawyers are not known for brevity, and their letter is no exception. Page three (small font, single spaced) provides insight:

“[kids] are also simply too young to navigate the complexities of what they encounter online, including inappropriate content and online relationships where other users, including predators, can cloak their identities.”

Yep, these are attorney general issues: Many, if not all, of the signatories have likely prosecuted sex crimes. The letter points to the 20 million child sex abuse images that Facebook and Instagram reported in 2020, as well as UK police reports that show more cases of sexual grooming on Instagram than any other platform.

Facebook responded with a statement, agreeing to “prioritize [kids’] safety and privacy,” and to consult with child development and safety experts. The company says its product will offer control and visibility over kids who are already stealthily using Instagram, much like its Messenger Kids app. Currently, children under 13 are officially barred from Facebook’s main platforms. 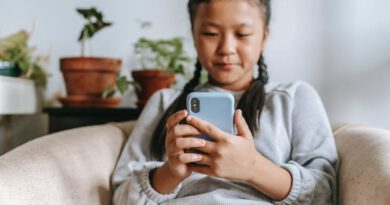