This story is part of Fast Company’s Most Creative People in Business 2022. Explore the full list of innovators who broke through this year—and had an impact on the world around us.

It wasn’t an impossible task—making sure the music had presence in the midrange, while not sounding too harsh—but it was an excitingly unconventional one that spoke to Kadry’s philosophy. “Music is about how we connect to each other,” she says, “and how we tell our stories.”

While digital technology has made producing and engineering music a faster and more accessible process, Kadry still leans primarily on her analog outboard hardware rather than only a computer. “[When] you can feel the actual heat emanating from the unit, there’s a tangibility to that,” she says. “An electric current going through a bunch of components sounds much more dimensional.”

She says that “not looking at a screen all day” has the added bonus of making her more patient and a better listener; it’s also made her one of the most in-demand engineers for indie music today. The Egyptian-born audio engineer, who works in Brooklyn, was responsible for six of Pitchfork’s top 50 albums of 2021, including Japanese Breakfast’s Jubilee and L’Rain’s Fatigue. In 2022, she worked with Cate Le Bon, Animal Collective, and Jenny Hval, and mastered the soundtrack for the film The Northman.

Having a deeper connection to her work starts with only selecting projects that, as she says, give her an “Oh, my god, holy shit—I have to get my hands on this!” feeling. “If you feel some kind of connection to the music,” she says, “the way you engineer will be just as emotive.”

She brings a particularly empathetic ear to overlooked and underserved artists—the same ones who gave her a shot when she was a neophyte engineer. “I would not have a career, absolutely not, if it weren’t for these people believing in me,” Kadry says. “The least I can do is give back and make sure that these people are always supported, and I’m always putting their music in the best light.” 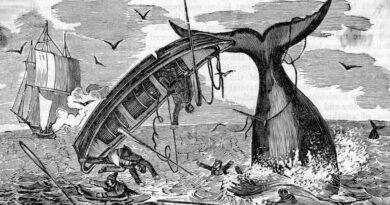 The harsh history behind the internet’s favorite sea shanty

Messi on the move, Doug McIntyre breaks down the latest news behind his move to PSG